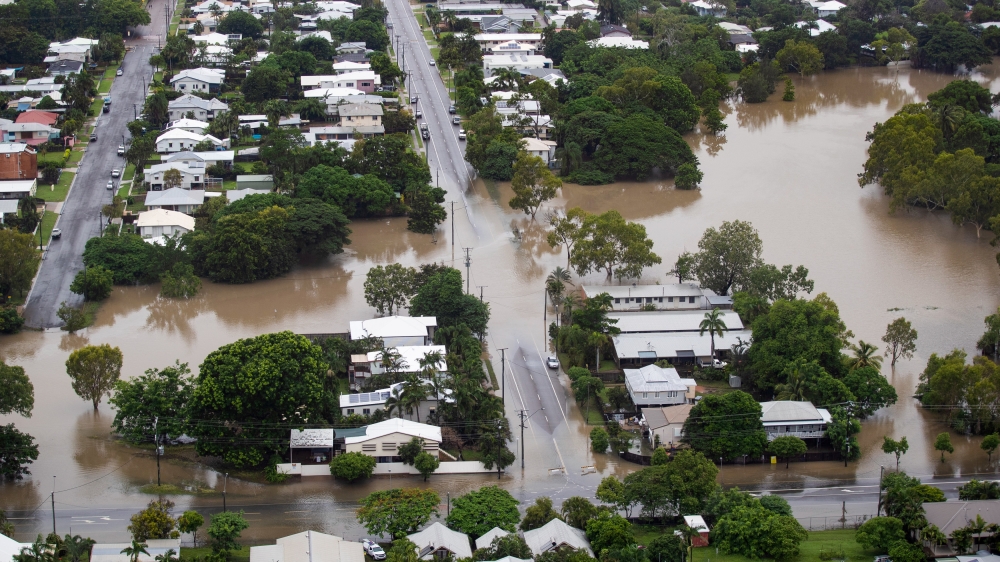 Minister Scott Morrison has toured a flood-stricken city in the country’s northeast, where two men have been reported missing in unprecedented rainfall.

While floodwater receded in Townsville, Queensland, on Tuesday, overnight monsoonal rain created flash-flooding in communities to the north where authorities have warned residents to move to higher ground.

Police are searching for two men who were last seen on Monday morning near floodwaters in the Townsville suburb of Aitkenvale.

Authorities have warned the city’s residents not to swim in flood waters, in which crocodiles and snakes have been spotted among the Townsville suburbs.

Morrison on Tuesday visited a new housing estate where scores of homes had been inundated and one of the evacuation centres where more than 1,000 people are sheltering.

“It was frankly quite overwhelming,” Morrison said of his tour. “I think people are in shock. I think the kids are amazingly resilient.”

Morrison declined to say whether the torrential rain, which has been described as a one in 100 years event, was a demonstration of climate change.

“My thinking is the support for Townsville people. I’m not engaging in broader policy debates today,” Morrison said.

Authorities were grateful that the overnight rain missed the swollen catchment of the city’s Ross River Dam, which had to release an unprecedented amount of water this week.

An estimated 500 homes and business in the city of 230,000 people were flooded. That estimate is expected to rise as the cleanup continues.