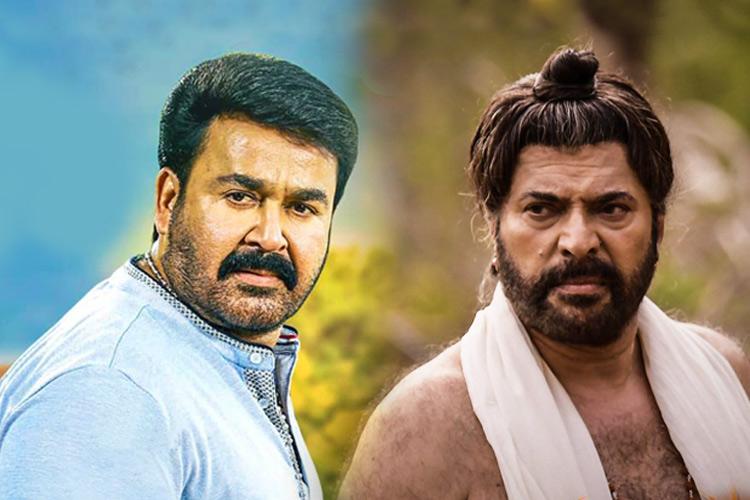 The Kerala Coconut Film Award Jury, which follows the custom of rewarding artists with extraordinary skills in the Malayalam industry, re-convened this week to announce the awards for 2019. There is a belief that Asianet Awards has the most award categories for the industry, but the Kerala Coconut Film Jury’s goal has always been to go one step ahead of Asianet Awards in finding newer categories to cover movies and artists who still feel left out.

Here is the full list of the Kerala Coconut Film awards and the winners for 2019.

Take this mock awards list seriously at your own peril.

The movie that took the entire jury by surprise this year was Brother’s Day. A jury member said, “We were watching Brother’s Day expecting it to have a twist in the climax where Prithviraj would be the villain or a gangster or a high-tech robber or a psychiatric patient. We all know what happened to the protagonists in Lucifer or Nine this year. It’s also the case in his past several movies.  But to our biggest shock, Prithviraj didn’t turn to any of these at the end of Brother’s Day. We didn’t have to think further in deciding the winner in this category.”

The jury commended Tovino Thomas’s self-control and patience for taking up the “No Movies November” challenge and staying away from movie releases for an entire month. The jury found that this is an amazing feat for someone who has movies across the year, sometimes almost every week and even across all seasons in Kerala like summer, winter, spring and floods (especially floods).

After winning the award, Mikhael’s director Haneef Adeni and the action choreographer spoke in detail to the media about Nivin Pauly’s transformation scene in the car garage, which is now celebrated as the year’s most iconic scene. “After watching Kayamkulam Kochunni’s output last year, we were looking for innovative ways to make Nivin do stunts. We thought if we give him a mobile phone in one hand and he has to fight with the other hand, the audience will not notice his inability to perform fights. Instead they would feel he is multi-tasking efficiently.”

Haneef Adeni, who also wrote dialogues for Mikhael, said – “In this transformation scene, his sister is already shocked about Mike’s (Nivin) skills that she was not aware of before. I thought I will add to that shock value by letting him deliver English dialogues out of context. Which is why you see Nivin telling his sister lines like ‘Don’t worry, I know what I am doing’, ‘Yes dear, I am busy’, ‘Your brother will be back, bye dear’. It was also my idea to add Pestle (Ulakka) and Jackfruit (Chakka) to Gopi Sunder’s BGM which I believe was instrumental in the film winning this award.”

The jury noted that no other artist in the industry matches the perseverance of Shajon. The jury said – “First in Drishyam, he tried to arrest Mohanlal but failed miserably. In Oppam, he got Mohanlal in jail for a few hours. But again Mohanlal came out quickly. In Lucifer, Shajon thought he finally found success. But then, Mohanlal was released from jail again in a week”.

The jury continued: “We find that Shajon is definitely improving with each attempt. We urge more filmmakers to give him chances till he succeeds. This hobby should also keep him away from having ideas to write and make films like Brother’s Day again”.

The jury was particularly pleased to see a good investigative subject in Malayalam after a long gap since Mumbai Police and Memories. During the entire runtime of the movie, the audience was seriously investigating the mystery behind why the movie’s first writer-director Sanjeev Pillai took 12 years to complete the screenplay of the movie. They were also looking for answers on how in the world this movie’s budget ended up being Rs 50+ crore or how everyone in the movie beats laws of gravity and flies up vertically during stunts.

Mamangam’s director Padmakumar, meanwhile, expressed his dissatisfaction in not winning the Most Slow-paced Movie of the year after all his efforts, which also included casting Unni Mukundan who took several minutes to complete a two-line dialogue. But the jury clarified that they removed the category permanently as Sanal Kumar Sashidharan took the award too seriously and started making 10 minute short films into full-length movies only to win the award every year.

Elaborating on their choice, the jury said, “For any movie, the title should either sum up the experience you are going to have in cinema halls or predict the final outcome of the movie. Subharathri wishes the viewers ‘good night’ and then they fall into deep sleep as the movie progresses. 41 could rightly predict exactly how many tickets would it end up selling”.

Meanwhile, it is learnt that the jury has sent a special notice to Dhyan Sreenivasan for naming his debut movie Love Action Drama without having any of these three aspects in his movie. They also suggested the Shanker Ramakrishnan movie should have been named Kshamayude Nellipadi instead of Pathinettam Padi.

This was reported to be a new category introduced this year, where a random winner is chosen through a lucky draw. But a jury member who wished to remain anonymous told the media – “Actually, this was not a lucky draw. After watching Pranav struggle in Irupathiyonnam Noottandu, we decided this is the only way to keep him away from movies and do something which he is rather interested in.”

This jury member added that after this award was announced, Fahadh Faasil also approached the jury behind the doors to try and book this award for his brother-in-law, Naveen, for next year.

The initial contenders for the bravery award also included Mammootty for signing a Ramesh Pisharody movie, action choreographers of Madhuraraja and Mamangam for making Mammootty do stunts and the few exclusive viewers who took the first day first show tickets for Oru Adaar Love and Akasha Ganga 2.

But the jury finally concluded that nothing else matches the immense courage of the producers who are still willing to put money in films that feature Jayaram as the lead. Even in 2019, there have been as many as four Jayaram movies. The jury made a special request to any producer who has surplus money to instead contribute to their lucky draw fund to arrange more tours.

The jury was unanimous in that Asif Ali and the marketing team of his movies are the most peaceful people in the entire industry. The jury added, “While there is so much news and noise around, it is appreciable that Asif Ali is quiet and makes no efforts to let people know when his movies are releasing. Most of the times, we know about an Asif Ali movie a few days after its release or when it releases on an online platform. We also noticed that Asif Ali did not care to send any of his movies to this jury for nominations.”

The jury applauded the VFX efforts in Oru Yamandan Premakadha to make the lead look so lifelike and original as Dulquer Salmaan and termed it one of the best VFX works the country has seen. They said, “This is a proud moment for Kerala. We are pretty sure that Dulquer Salmaan has lost interest in Malayalam cinema. He is busy doing Telugu, Tamil and Hindi movies. He is the brand ambassador of Uber Eats. He is attending Bollywood parties where he and Shah Rukh Khan have found so much common in that both their recent Hindi movies have had the same box-office results.”

The jury added: “It also makes no sense that Dulquer would do a script like Oru Yamandan Premakadha, even if he is coming back to Malayalam. So kudos to the VFX artists behind this work.”

The jury found that there is no actor cleverer than Kalidas Jayaram when it comes to choosing scripts in Malayalam cinema today. The jury said, “Kalidas always makes sure the script, direction, music and all other aspects of the movie are so poor that no one really notices how his acting skills are weak too. This has given him longevity and made sure that he is able to keep signing more projects as an actor.”

‘The Man with Vision’ Award – Prithviraj

After winning the award, Prithviraj said to the media, “I have won this award for having a clear vision into the future of Malayalam cinema. I knew beforehand about all the issues and controversies that actors would get into, if they have to sport different lengths of hair and beards across movies. So from Nine to Lucifer to Brother’s Day to Driving License to even next year’s movies, I am maintaining the same look with the same beard. Why get into all the trouble?!”

‘Most statutory warnings during the movie run-time’ Award – Kalki

Perfection in Slang Award – Ittymani Made in China

The jury found this idea – where the lead actor use different slangs based on various moods in a movie – as one of the most innovative techniques of modern cinema. Mohanlal’s accent is Thrissur style when he is cracking jokes. But the Thrissur slang goes away and becomes completely normal when he is giving lectures about how the children should take care of their elderly parents. When the writers have no dialogues in a few scenes, KPAC Lalitha and Mohanlal also improvise and speak something randomly in Chinese.

Shaji Nadesan of August Cinemas had initially submitted the nomination for the Best Gautham Menon Award by sending ample proof of how much their dream project, Kunjali Marakkar, has been delayed over the years. But the jury rejected the nomination stating that to win the Gautham Menon award, the makers should also be releasing new stills, teasers and trailers from time to time every year. Only Facebook announcements cannot be counted or considered for this award category.