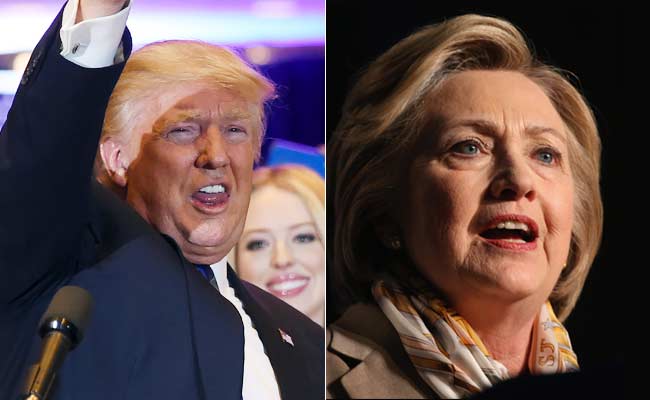 Washington, United States:  Hillary Clinton savored history Wednesday as the first woman to claim the US presidential nomination for a major party, taking stock before a bruising war for the White House against Donald Trump.

Eight years after she was defeated by Barack Obama, Clinton declared a historic milestone for women on the biggest night of her more than three-decade political career, determined to shatter the ultimate glass ceiling and become America’s first female commander-in-chief.

The former secretary of state, euphorically seized the Democratic Party mantle Tuesday flinging her arms wide and beaming at a victory celebration in New York with primary wins in four of six states including the grand prize, California.

“I was overwhelmed,” she told The Washington Post in an interview. “I was worried that… the emotion of the moment would be so intense that I might have trouble getting through the speech itself. So I did have to collect myself and try to get prepared.”

She is a pioneering if polarizing stateswoman whose unfavorability ratings are second only to Trump — the brash billionaire and political neophyte who rewrote the campaign playbook to clinch the Republican ticket with mudslinging unparalleled in modern US politics.

The ferocity of the primaries — few have seen a US presidential race characterized by such denigrating attacks — promises to be just a preview of what is in store for the general election.

On Wednesday she made a fresh appeal to supporters of her self-declared Democratic socialist rival Bernie Sanders, saying that they shared the same goals and must unite against Trump.

“We talk about what’s at stake,” she told CNN from her home in Chappaqua, New York.

“I believe a lot of Senator Sanders’ supporters will join us in making sure Donald Trump doesn’t get anywhere near the White House.”

For now, Sanders has refused to capitulate, vowing to “continue the fight” to the final Democratic primary in the capital Washington next week, and then on to the Democratic convention in July.

But the Vermont senator meets Thursday with Barack Obama — perhaps a sign that the US president will play a role in uniting a deeply divided Democratic party to battle the 69-year-old real estate mogul.

Trump laid into Clinton after chalking up yet more primary wins himself, accusing her and her husband, former president Bill Clinton, of “selling access, selling favors, selling government contracts.”

He signaled there would be no honeymoon, announcing a “major speech” for early next week in which he will address “all of the things that have taken place with the Clintons.”

Clinton batted aside suggestions Wednesday that her family’s foundation had not been transparent in accepting donations from foreign governments.

“We had absolutely overwhelming disclosure,” she told CNN, defending a charity that helps the vulnerable at home and across the world.

“I will put that up against any of the innuendo and accusation coming from Donald Trump because the work that’s been done has garnered accolades and appreciation from every corner of the world,” she said.

Speaking on Fox News, Clinton said that she wanted to orchestrate large-scale job creation projects such as Republican president Dwight Eisenhower and called her husband “one of my best advisers.

Clinton back on the road Monday

Both candidates will now turn their sights on November and the swing states where national elections are won or lost.

Clinton is to campaign in Ohio and Pennsylvania next Monday and Tuesday, while Trump announced a week of stops in Virginia, Florida, Pennsylvania, New Hampshire, and elsewhere in the south.

Clinton will look to exploit the various controversies ensnaring Trump — most recently his criticism of a Mexican-American federal judge, which sparked uproar within his own party — as a way to enhance her own resume.

She will appeal to moderate Republicans turned off by Trump and yet make a compelling case for supporters of the more left-leaning Sanders to embrace her campaign for victory in November.

Trump has extended an olive branch to Sanders’ anti-establishment supporters, saying Tuesday: “We welcome you with open arms.”

Obama is soon expected to offer a formal endorsement of the 68-year-old Clinton, perhaps serving to coax hardline “Bernie or bust” fans back into the party tent.

Secretary of State John Kerry, whose bid to unseat George W. Bush in 2004 ended in defeat, extended his congratulations to Clinton Wednesday, saying she “will make a terrific president” and hailing her achievement as “a truly historic moment.”