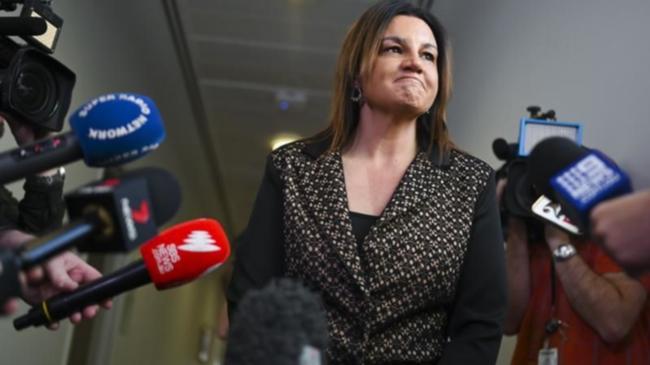 Fresh from securing a deal to boost the amount of affordable housing in Tasmania, crossbench Senator Jacqui Lambie’s next bargaining chip is set to be the state’s health crisis.

The federal government on Sunday wiped $157 million in historic housing debt owed by the island state to the commonwealth.

It will save Tasmania $15 million in annual repayments, which the state government hopes it can use to build up to 80 public houses a year.

Senator Lambie, who demanded action on homelessness in Tasmania in return for her support of the federal government’s personal income tax cut legislation earlier this year, now wants to tackle health.

“It’s of bloody great concern to me,” she told ABC Radio on Monday.

“I’m getting complaints coming through to my office daily and not just one or two. The (Will) Hodgman government has lost control of the health crisis in Tasmania.

“We need more specialists, we need more doctors. I’ve heard elderly people who have been waiting for hip replacements for two to three years.”

Tasmania’s hospital system has been plagued by bed block, and an auditor-general’s report in May found emergency departments were struggling to keep up with demand.

“I just don’t see any solutions coming out of the government,” Senator Lambie said.

“If they can’t find it, then I’ll go around them and see if I can find it myself.”

She had indicated support for drug testing trials provided politicians were also screened for illegal substances but on Monday backflipped, saying she wouldn’t come onboard unless rehabilitation centres are set up.

Meanwhile, state Housing Minister Roger Jaensch said every cent of the newly available funds would be spent on housing.

He told the ABC the state government was also working on quickening the approval process for residential developments.

“There’s a particular need for one and two bedroom apartments in heavy populated areas in bigger centres, particularly in the south,” he said.

An Airbnb boom has contributed to a shortage of affordable rentals in Tasmania, where more than 3,300 people are on the housing waiting list.