News of The Day, April 19, 2019: Congress spokesperson Priyanka Chaturvedi quit the party and joined Shiv Sena, Virat Kohli spoke about the value of having MS Dhoni in World Cup. 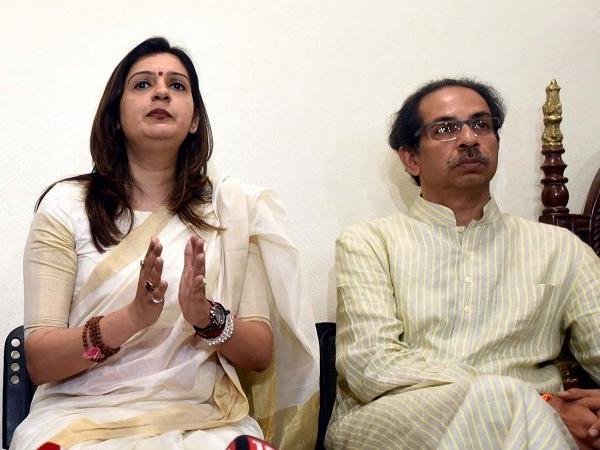 She, however, denied she quit the party after being denied a ticket to contest the Lok Sabha elections 2019.   |  Photo Credit: IANS

New Delhi: It was a Friday of breaking news as Congress spokesperson Priyanka Chaturvedi quit the party and joined Shiv Sena, Virat Kohli spoke about the value of having MS Dhoni in World Cup and Jet Airways issue was nowhere near its logical end. Here are the day’s biggest news headlines:

Congress national spokesperson Priyanka Chaturvedi on Friday quit the party and joined the Shiv Sena within hours in the presence of Sena supremo Uddhav Thackeray in Mumbai as she said she was let down by the Congress party. She, however, denied she quit the party after being denied a ticket to contest the Lok Sabha elections 2019.

“I was hurt when my own party men made derogatory remarks against me. But when they were reinstated and the fact was ignored that I had given 10 years to the party, I felt let down. My services were not valued by the party,” she said, adding that she was grateful to Uddhav for welcoming her as a family member.

Fortunate to have a mind like MS Dhoni behind the stumps, says Indian skipper Virat Kohli

Days after India announced their 15-man squad for the upcoming ICC World Cup 2019, Indian skipper Virat Kohli lavished praise on wicketkeeper-batsman MS Dhoni for nurturing his talent during his early days. Speaking to India Today, Kohli revealed his equation with the 37-year-old wherein both assist each other and have mutual respect on and off the field. The right-hander spoke about his early years with the national side where Dhoni had given him a free hand in a bid to maximise his potential in the opportunities batting at No. 3. In the current scenario, Kohli feels he is fortunate to have Dhoni behind the stumps as his small inputs and reading of the game is vital and keeps him pressure-free.

With Jet Airways announcing temporary shutdown, now uncertainty looms over the revival of the cash-strapped airline. Bidders are asking lenders to take an upto-80% haircut on their Rs 8,500 crore loan to the now-grounded carrier. Potential investors have also criticised bank’s reluctance to release emergency loans to sustain operations. Jet will need up to Rs 20,000 crore over the next three years including funding towards estimated losses, dues and investments in improving operations.

Bollywood diva Kangana Ranaut can’t seem to stay away from the news for even a day. Though, this time it is not Ranbir Kapoor and Alia Bhatt, who she has been fighting with of late, but her upcoming film with Rajkummar Rao titled Mental Hai Kya? Incidentally, the Indian Psychiatric Society has wrote to the makers of the film and demanded that the title be changed as it is discriminating & stigmatising towards people facing mental health issues.

Google Pixel 3a, 3a XL renders surface online ahead of May 7 launch: Report

The renders of the Google Pixel 3a and the 3a XL are from Android Headlines. The images do not reveal anything new in terms of design but they do hint at a possible launch date for these smartphones.

Papayas can improve your heart health

Papayas are a tropical fruit and grow in India during the summer season. Papayas are a great fruit to include in your diet, especially during the summer for a healthy and fit body and to avail the various health benefits they offer. Papayas reduce blood pressure, risk of heart disease and diabetes among having other benefits. Papayas are also extremely versatile and can be cooked and consumed in various ways.