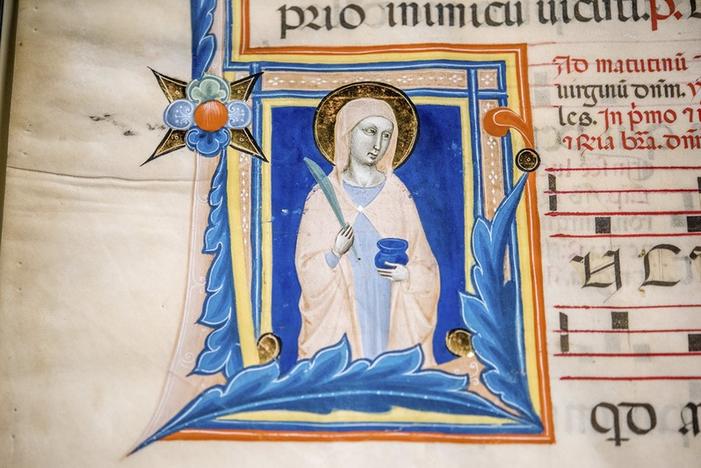 A stolen 14th century illustration of a Roman Catholic saint was returned on Friday to Italy, where it will be put in a museum, U.S. Customs officials said.

The image, an ink, tempera and gold image of a haloed Saint Lucy, had spent decades at the Cleveland Museum of Art, which bought it in good faith in 1952, the Immigration and Customs Enforcement agency said in a statement.

It said the artifact was turned over in a ceremony at the Italian Embassy.

A two-year investigation determined that the item, a leaf of the book, had been stolen and the museum turned it over to U.S. officials last month after another stolen leaf from the same book turned up in the Swiss market. That leaf has also been returned to Italy.

The Cleveland leaf, which measures about 17.4 inches (44.3 cm) by 13.9 inches (35.2 cm), was taken from a page in an illuminated parchment antiphonary, a type of hymnal, created around 1340. Known as Codex D, the manuscript is in a museum in Castelfiorentino, near Florence.

The customs agency did not say how or when the leaf had been stolen.

In addition to the manuscript leaf, U.S. officials repatriated a 19th century painting by artist Consalvo Carelli that had been stolen from a home in Naples in 2001.