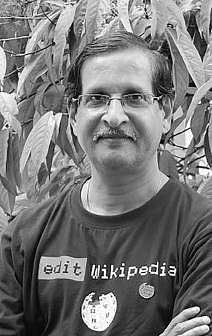 BENGALURU: With the IT revolution, many believed that the younger generation would prefer to type and communicate in English than Kannada.

But U B Pavanaja, a member of Kannada Software Committee and a Kannada Wikipedia administrator, believes with latest technology, the use of Kannada has only been increasing.
As the state celebrates Karnataka Rajyotsava today, Ashwini M Sripad spoke to Pavanaja on adapting Kannada language to the latest technology.

Where does Kannada stand when it comes to adopting technology?

Quite good. But not the best. Most tools needed to use Kannada in technology are available now. They are almost perfect.

Has there been any change in the use of Kannada in computer/mobile by youngsters in the last decade?

Yes. Due to the availability of Kannada input methods, and advent of smartphones, many youngsters are now using Kannada on their computers and smartphones. More people are typing in the Kannada script itself.

What should the state government do to popularise Kannada in technology?

A lot needs to be done. There was a committee to look into the standardisation and proper implementation of Kannada in technology. The committee submitted its report. The government implemented some parts of the report. After that nothing has been done. Now the committee does not exist. Standardisation is a continuous process. There must be a permanent committee to look into this. For example, domain names (website names) are available now in Hindi, Tamil, Bengali, etc., but not in Kannada. This is due to the fact that no one represents Kannada in meetings of W3C India, an international community to develop web standards.

How is the response to Kannada Wikipedia?

A lot of awareness has been created among people about the existence of Kannada Wikipedia in the last three years. But more needs to be done.

What can be done to improve it further?